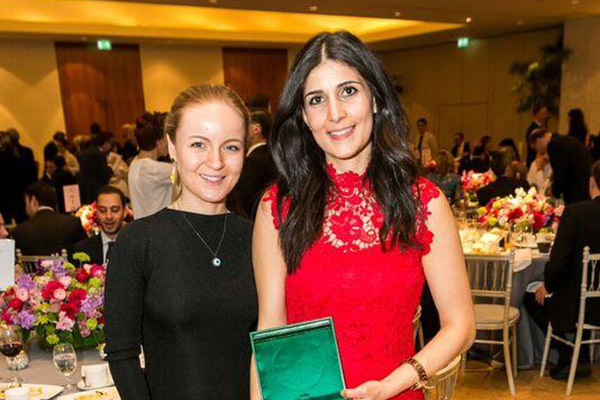 The Saïd Foundation supported Hiba to study for an MPhil in Educational Research at the University of Cambridge. She graduated in 2015, having researched the experiences of Syrian refugee children in schools in Lebanon.

Shortly after completing her studies Hiba was awarded a scholarship from the Queen Rania Foundation and the Cambridge Trust to complete her PhD at Cambridge.  Her research has focused on the experiences of Syrian refugee children enrolled in public schools in Jordan. Her supervisor has said that “Hiba has demonstrated ceaseless commitment to understanding and valuably improving the educational experiences and opportunities for Syrian refugee children in the Middle East and added that this is an extremely important but under-studied area in International Development.

Hiba’s findings have been presented at conferences and in papers and have already been influential with policy makers and other researchers. Most significantly, she has worked closely with the Queen Rania Foundation to help Jordan meet the challenges of educating the refugee children it hosts. And her work formed part of the planning for the Syria London Conference in 2016.

Hiba has also made important contributions to the field of education by developing innovative arts methods.  Students have said how much they have valued the way these methods have enabled their voices to be heard.  The Saïd Foundation is incredibly proud of Hiba’s work and achievements so far.  We are in no doubt that she will continue to make a difference to the lives of thousands of refugee children in the Middle East.